How About Vegan Milk and Noodles Made From a Rediscovered Sustainable Legume? 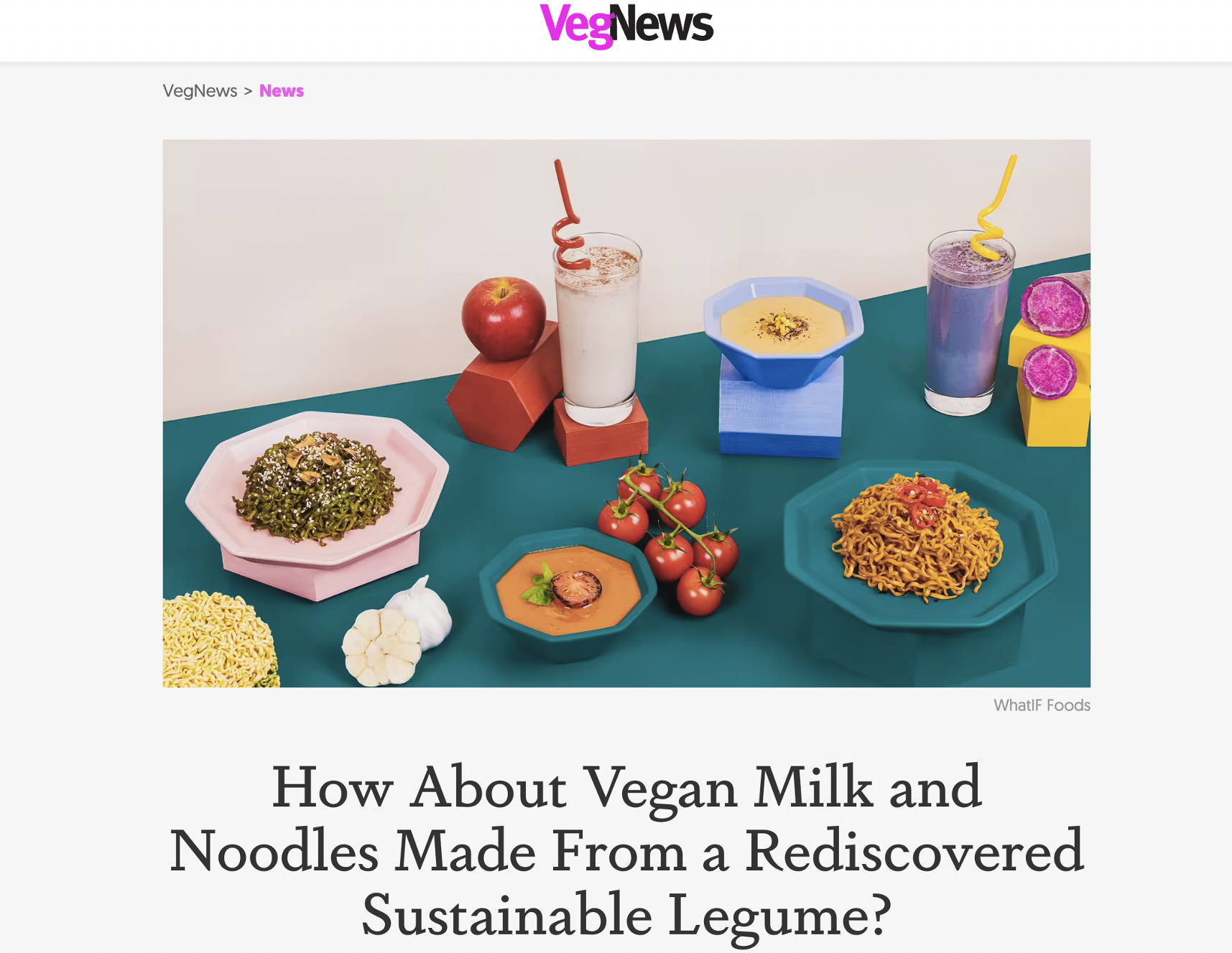 We’ve all heard of soy, oat, and almond milk but have you ever tried BamNut milk?

Singapore-based startup WhatIF Foods is making vegan noodles and milk using an underutilized legume called the Bambara groundnut—otherwise known as the BamNut—a regenerative, hardy, and drought-resistant crop that can grow in degraded lands with minimal demand for resources. Using this low-impact crop, WhatIF Foods offers vegan products such as BamNut milk and a better-for-you version of instant noodles in varieties such as Moringa and Pumpkin.

Native to West Africa but now cultivated across the continent, the BamNut is a type of legume in the same food family as peanuts, peas, and beans. It has been recognized as an important nutrient-rich food source for when food is scarce because it thrives in poor soil where other crops can no longer grow.

It also has the ability to capture atmospheric nitrogen and convert it into nitrogen compounds in the soil, making it an ideal cover crop and suitable for large-scale crop rotation. Plus, the legume has an impressive nutrition profile that includes high amounts of vegan protein, carbohydrates, fiber, and other vitamins and minerals.